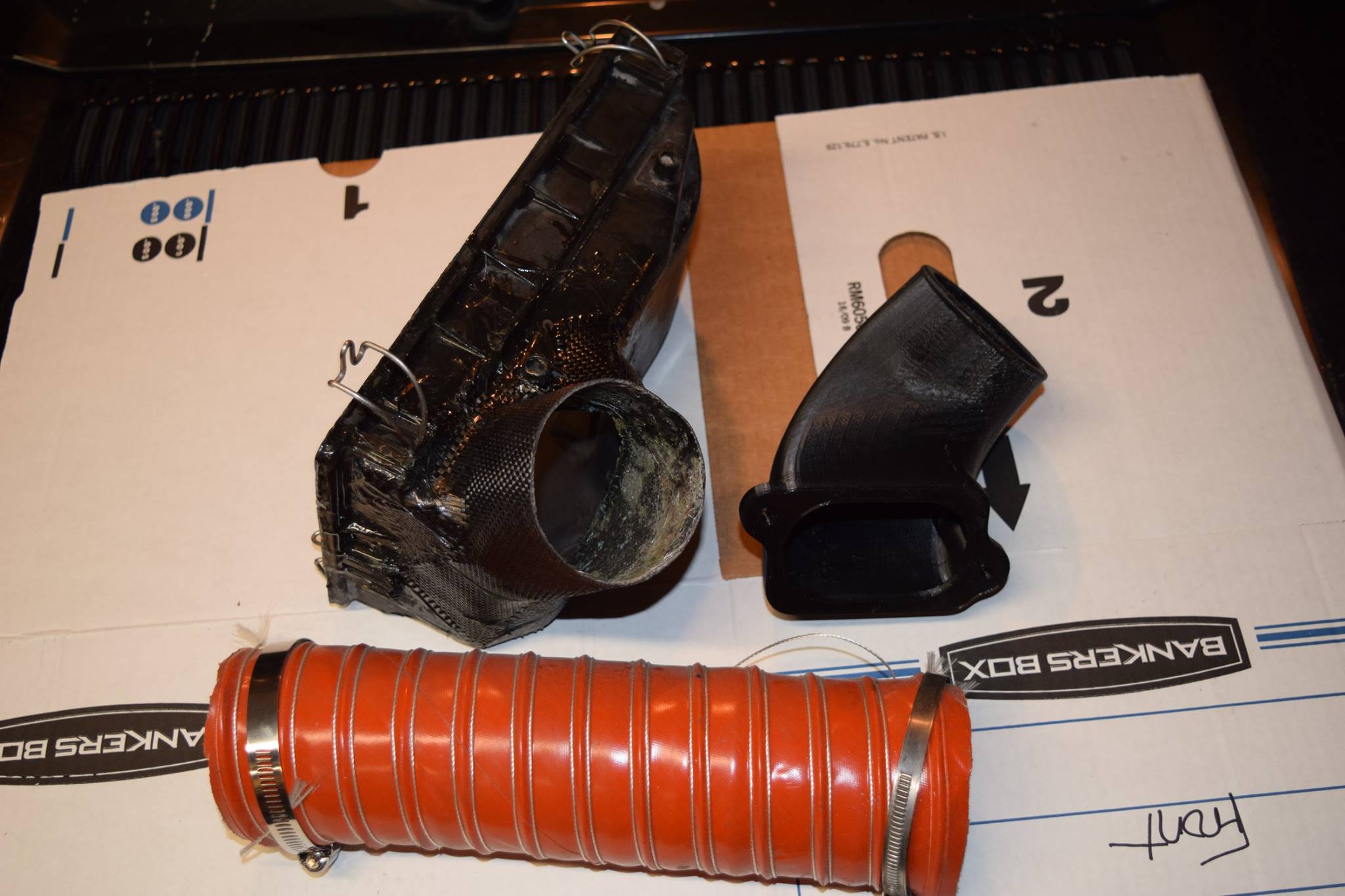 Like all the performance parts we sell, they need to be tested.  We don't sell performance parts that don't deliver performance.  Going into this we really didn't expect high power gains for a big bore cold air intake, but wanted to make sure it was worth doing and didn't hurt power.  We've seen many cars air boxes modified to draw more air in but at the expense of where that air comes from, engine bay in most cases.  Or due to the lack of options the intake hose is just open in the engine bay.  We know on a hot summer day, for every increase 10 degree increase in intake air temperature you loose 1 HP.

Due to the fact VW made the CIS-e 16v air boxes larger, and vintage VW race cars make use of large bore lower CIS air boxes we knew it was worth testing.

So the big bore cold air intake was designed to sove two problems.  First ensure that all intake air was entering the engine from the coolest place outside the engine bay, and secondly increase the air flow through.

The test car is an 1983 GTI with the following specs: